It’s been a while since the last blog but life and work has been seriously busy and hectic in the past two months. No complaints though as work means travel and meeting awesome new people and clients. Such as Ann and Richard who decided on short notice to come down to Africa and say their vows to each other at Lion Sands. They are my first international clients and I would be lying if I say I wasn’t a little bit nervous beforehand.

I was very excited to visit the luxurious and exclusive Lion Sands Game Reserve for the first time. I had no idea what to expect. All I knew was that a wedding was about to take place and an awesome photographer was needed. Lodge reservations did the arrangements for the shoot. This meant I hadn’t been in contact with Ann and Richard before finally meeting them on the wedding day.

The story came together quite quickly though. Ann and Richard are from Fort Lauderdale, Florida. They had been dating for a while and wished to make a commitment to each other to not get married. They wanted to  stay boyfriend and girlfriend until death do them part. Richard planned the trip to Africa well in advance but only proposed to Ann shortly before the trip.

Not even their families or the friends they were on safari with knew of this arrangement. A quick pre-shoot was planned before the actual ceremony would take place. Ann and Richard were great fun and engaging. They LOVED Aaa-frica. They enthusiastically told me about their amazing time at Lion Sands. Their next stop was Cape Town before heading back to the States.

A guide drove us with a safari vehicle to several spots in the reserve to take photos. He assured us it was safe to walk about but I still felt a bit nervous at times to be more than a hundred metres away from the vehicle. The ranger did also not carry a rifle…

Everything went off without a hitch though and soon it was time for the ceremony. The twenty odd guests were driven with several vehicles to a deck overlooking the Sabie river, about five kilometres from camp. They were blissfully unaware of the impending surprise and only expected to enjoy a sundowner at the end of another glorious winter’s day in the African bush.

A joyous ceremony followed and it was capped off by an entertaining native group of dancers showcasing their incredible rhythms and voices to the newly wed couple and their appreciative guests. 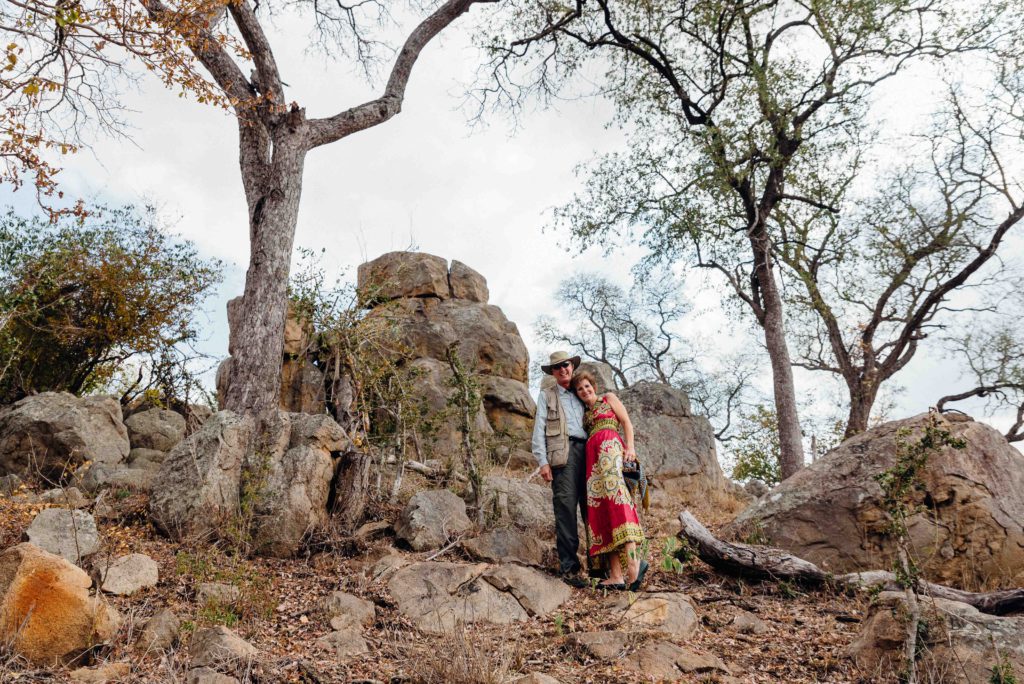 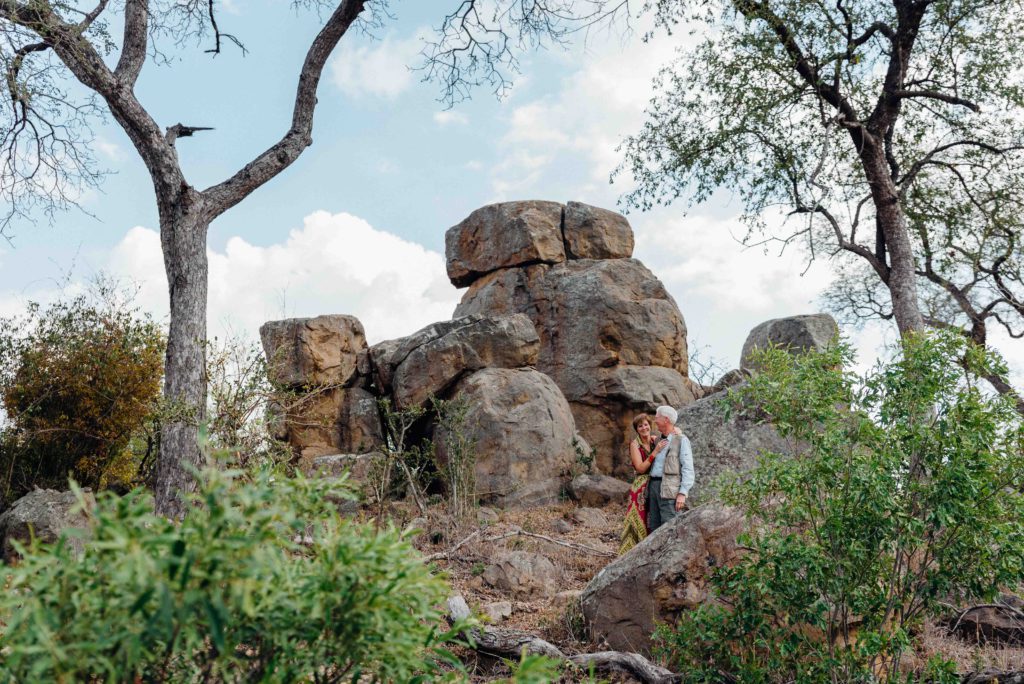 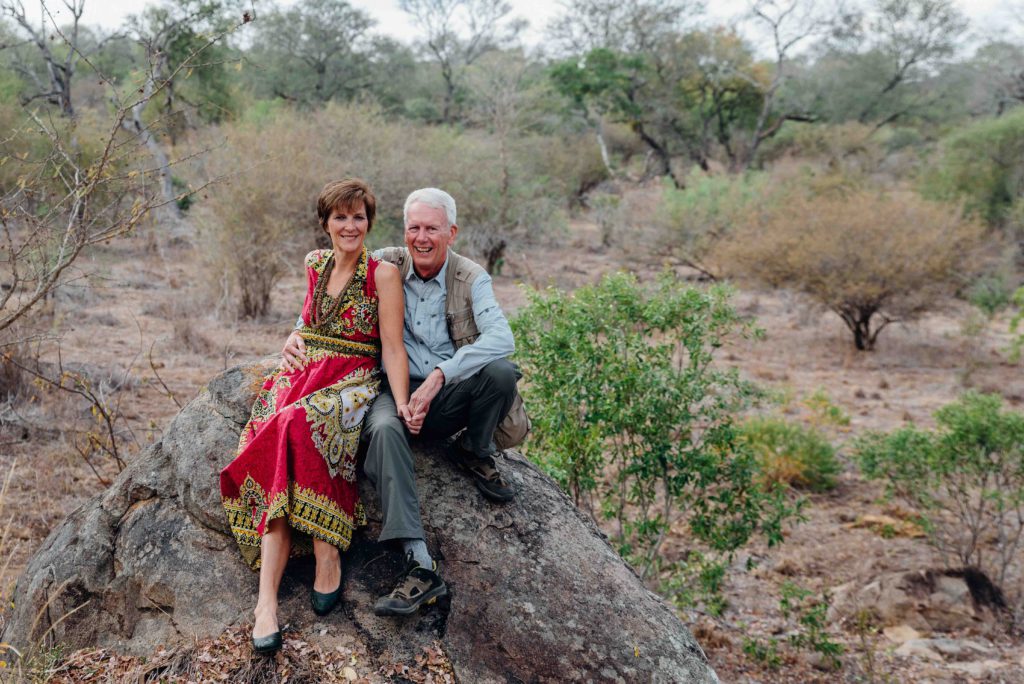 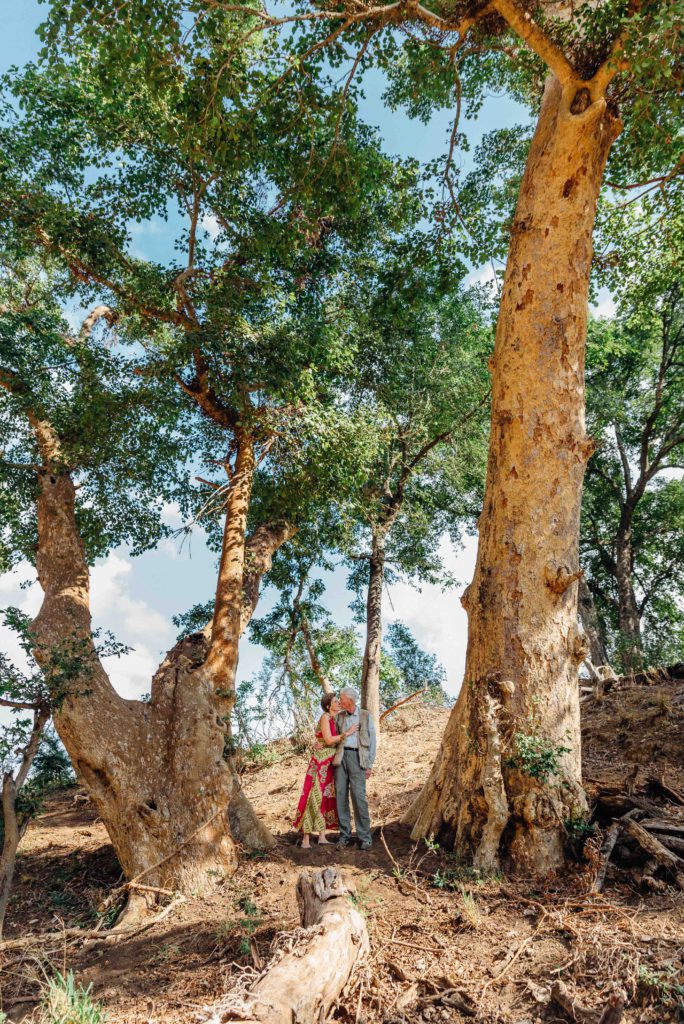 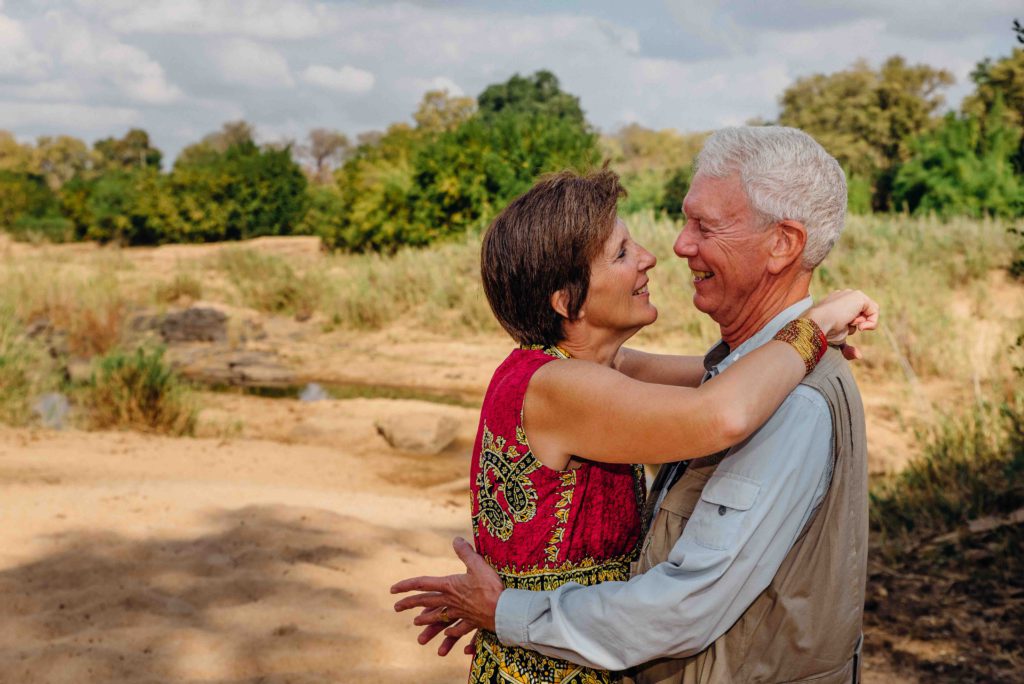 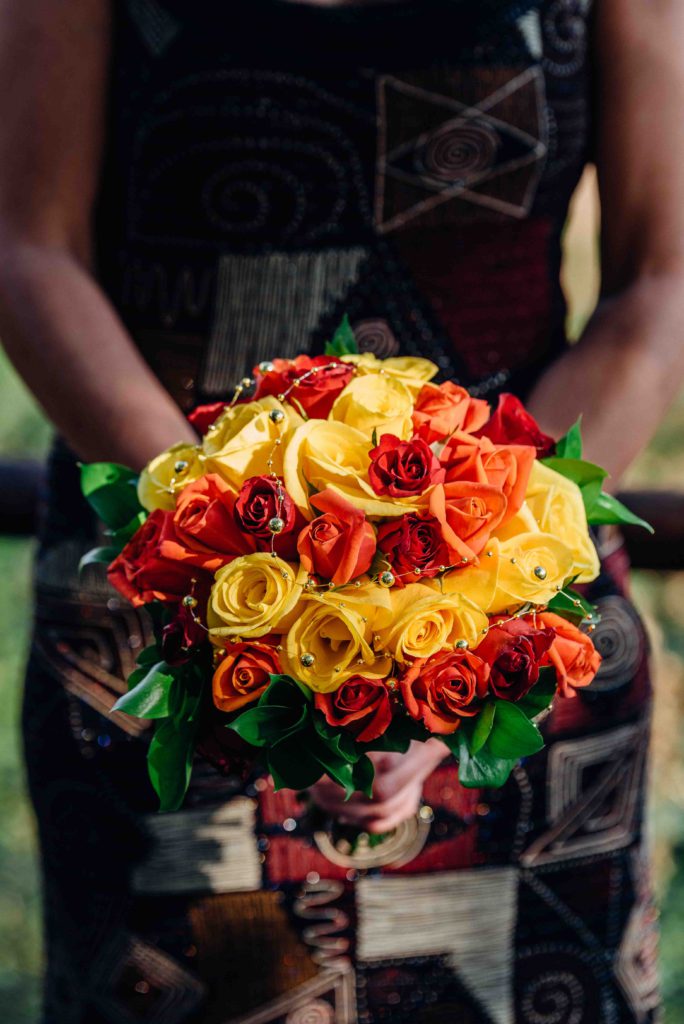 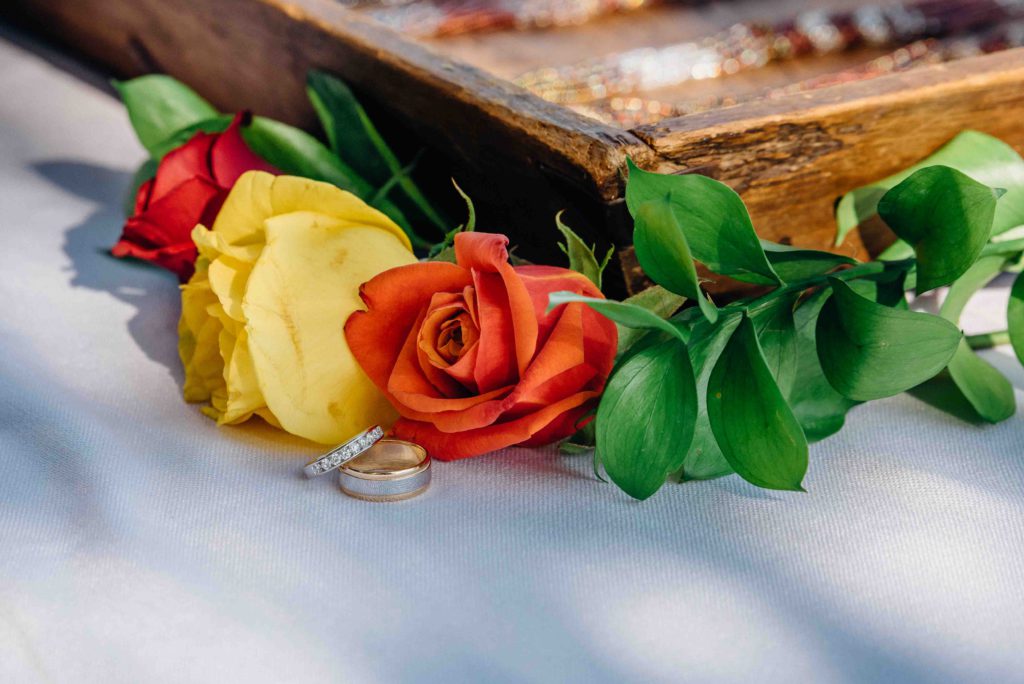 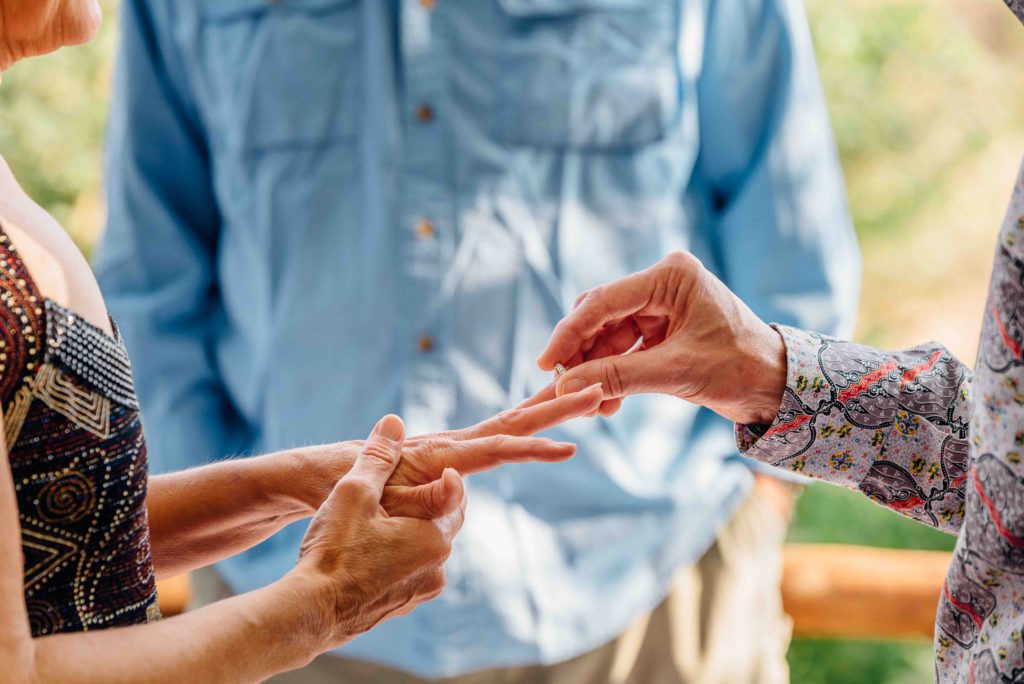 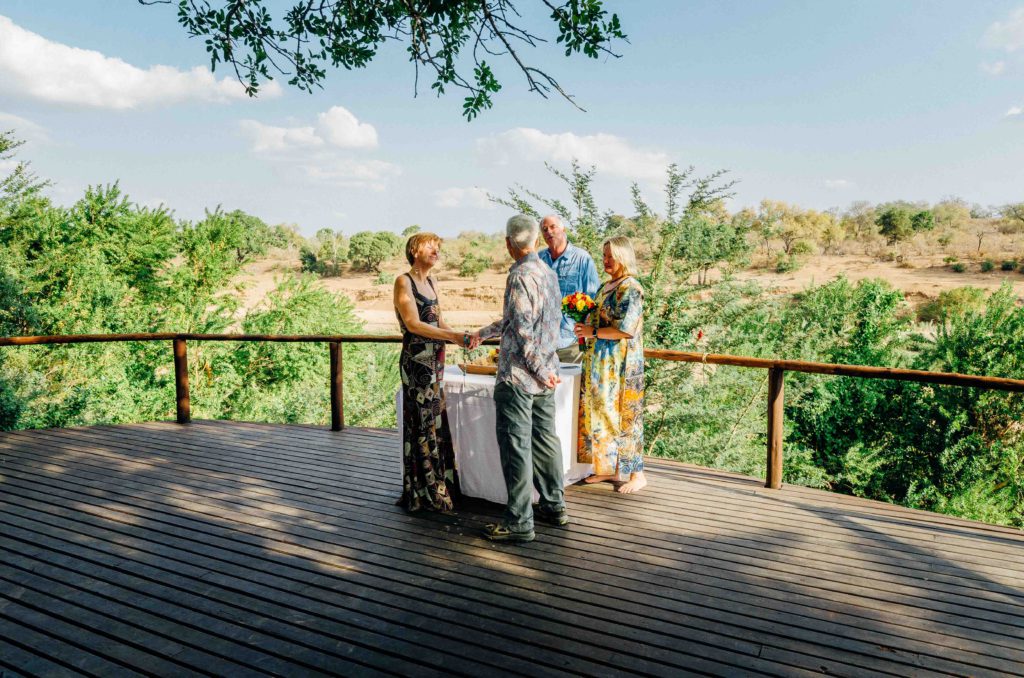 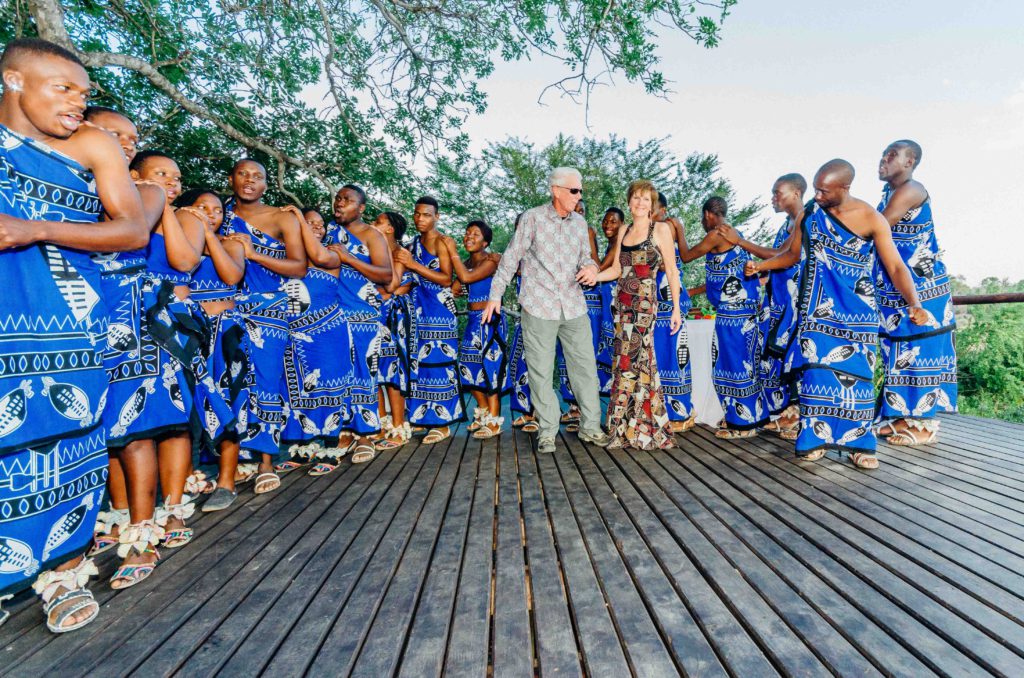 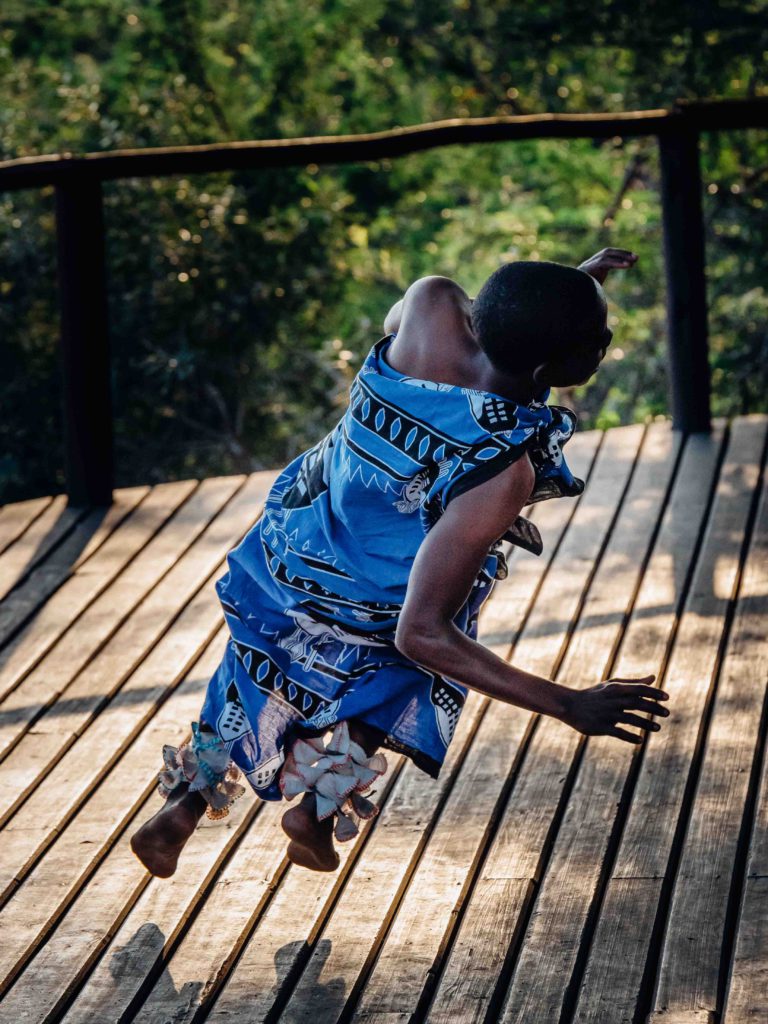 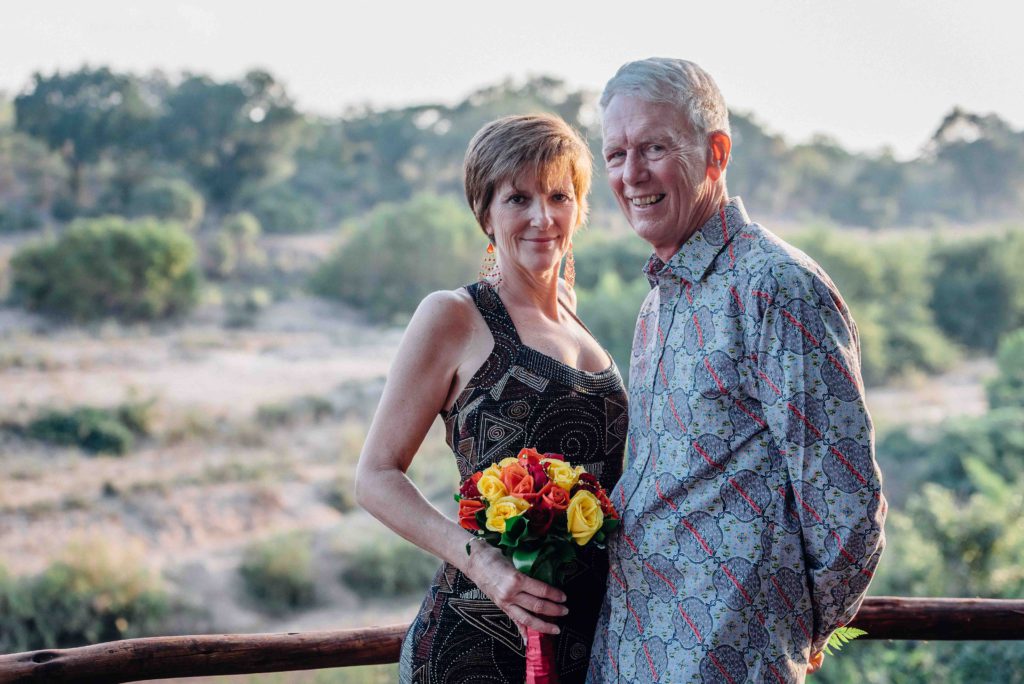